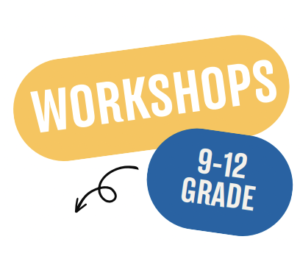 Riverside teaching artists offer Shakespeare workshops that can be tailored to any Shakespeare play you are teaching. These workshops can be 1-, 3-, or 5-day workshops (each workshop lasting the length of one class period).

What Is Past Is Prologue: Shakespeare Then and Now

Trippingly On The Tongue: Shakespeare’s Language

Learn how Shakespeare invented words and used language to create characters and tell heightened stories through the use of verse and prose, including the structure of iambic pentameter.

Thinking Makes It So: Understanding the World of the Play

Explore the plot, characters, and themes of the play while making personal connections to the material.

Practice classical acting techniques to make bold, expressive acting choices individually and in collaboration with peers. Then collaborate to put all of the pieces of a scene together, culminating in a classroom performance.

All the World’s A Stage: Designing Shakespeare

Every show needs a stage on which to perform and Shakespeare plays have been performed in so many different ways. What would a modern-day Romeo wear? How does music change the feel of a story? Learn how design elements bring a show to life and begin to visualize the World of the Play using your own interpretation of the text.

Riverside is excited to offer a more personalized classroom experience that brings teaching artists together with educators to plan a full unit of Shakespeare. Together, the classroom teacher and teaching artist will match state standards and lesson ideas with the power of theatrical principles as applied in the classroom. 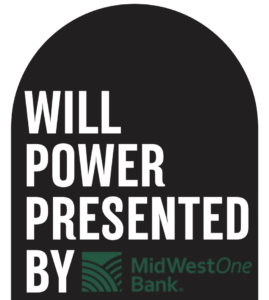 Thanks to generous funding by MidWestOne Bank – Will Power is available at no cost to schools. MidWestOne Bank is proud to be a funding sponsor for Will Power and is pleased to lend continued support. At MidWestOne we believe in supporting local events that positively impact the community. It is important to raise our children with the opportunity to explore new ideas and discover new dreams.

Riverside Theatre could not continue to produce professional theatre in Iowa City without the support of individual donations from patrons like you! Every single gift has a major impact on the work we do.